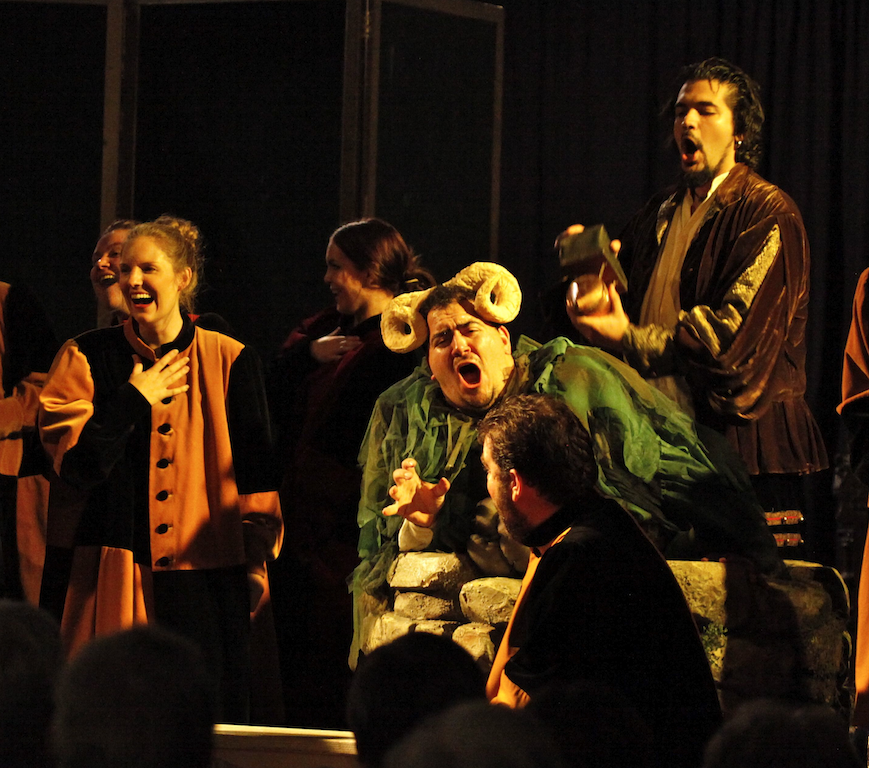 A rollicking tale of marriage, fidelity, trickery and love, Die lustigen Weiber von Windsor had its première at the Hofoper in Berlin in March 1849, and has over time achieved an important place in the German operatic tradition.

Composer Otto Nicolai’s comic masterpiece, which has the wit of Shakespeare and the charm of a Viennese operetta, earned great success during his lifetime, and today is performed regularly throughout the German-speaking opera world.

The story is set in Windsor, England, in the early 15th century.  The pompous and degenerate Sir John Falstaff, the middle-aged knight, tries to court the married Mistress Ford and Mistress Page for his financial advantage.  The ladies decide to teach old John a lesson, and he is the victim of a series of pranks, first by them, and then by the whole town, until he swears never again to indulge in amorous pursuits.

Applications for the Winter Session are now closed.